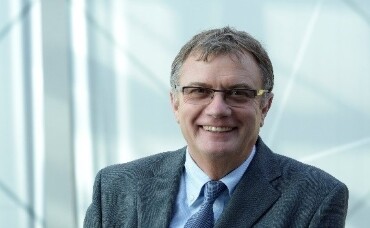 Power to the people

Ensign Retirement Plan Chair, Rory Murphy, says real and positive changes in the industry are best achieved if they reflect the interests of the consumer

The following article was published in Professional Pensions on 25 January 2018:

The story of the UK pensions industry over the past two or three decades is littered with examples of legislative and regulatory interventions that were well-intentioned, even, in some cases, well received. But are we, as a result, in a better place than we were before? Those policy interventions could be defended as necessary, but all too often addressed problems that had already happened, in effect closing the stable door after the horse had bolted.

They certainly didn’t address the decline in numbers of people actively saving through workplace pensions, which fell from over 10 million in 2000 to under eight million by the time auto-enrolment was introduced in 2012.

This is not to dismiss the value of informed and proportionate regulation. Who knows what scandals or crises may have been avoided thanks to the regulatory changes that have been implemented? And few would argue that auto-enrolment has at least been a success in bringing some nine million more people into pensions saving.

But even this achievement is of limited value unless the actual amount being saved produces decent levels of retirement income, and the jury is very much out here. While average total contributions to defined benefit (DB) schemes were nearly 23% of pensionable earnings in 2016, the equivalent figure for private sector defined contribution (DC) schemes was a little over 4% – nowhere near enough.

Real and positive change, in pensions as in other areas of the economy, derives from the grassroots. Traditionally, this has been seen as being from the people who know the industry and who, as trustees or corporate sponsors, deal on a day-to-day basis with the ultimate beneficiaries. Real change, however, will only come when those ‘ultimate beneficiaries’ are driving the changes.

Businesses like Amazon or Uber have succeeded because they are designed with the end user in mind, not because a politician or regulator has imposed them. They are a response to an identified need in the market.

A pensions industry that best supports the interests and aspirations of its end users needs to be innovative, flexible and relevant in a changing society. Those are not qualities traditionally associated with pensions, but as a pension fund trustee I know there is a vast reservoir of creativity, talent and knowledge in the sector. And the basis of a successful and effective retirement savings system lays in that pool of expertise, becoming the partners of the beneficiaries and not just the guardians of the funds invested.

Lest we forget, many of the measures introduced in recent years, including auto-enrolment, the end of contracting out, a more flexible retirement age and a flat rate state pension, were advocated, not only by industry voices but also organisations such as the Pensions and Lifetime Savings Association (formerly the National Association of Pension Funds), some years before politicians eventually acted.

The best people to drive the production of an effective and sustainable pensions system are not only those who know it best, but also those who rely on its outcomes – the beneficiaries. As we have seen in other industries, the most lasting and effective improvements come from those who know and understand the sector – not those who regulate it. As Chinese General Sun Tzu said, “Opportunities multiply as they are seized”.

To view this article and other news from Professional Pensions click here.