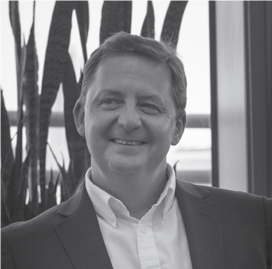 Mark has been an Ensign Trustee Director since August 2015. Having been nominated by members, Mark has a keen eye on seafarer welfare, which is just as well really given he is also General Secretary of Nautilus International, Director of the Merchant Navy Welfare Board and Director of Seafarers UK.

He makes it his business to ensure maritime pensions are fit for purpose for members. In addition to his role on the Ensign board, he was also appointed to the trustee board of the Merchant Navy Officers Pension Fund in 2001 and has served as a trustee director on the trustee board of three other pension schemes over the past three years.

Back to our people